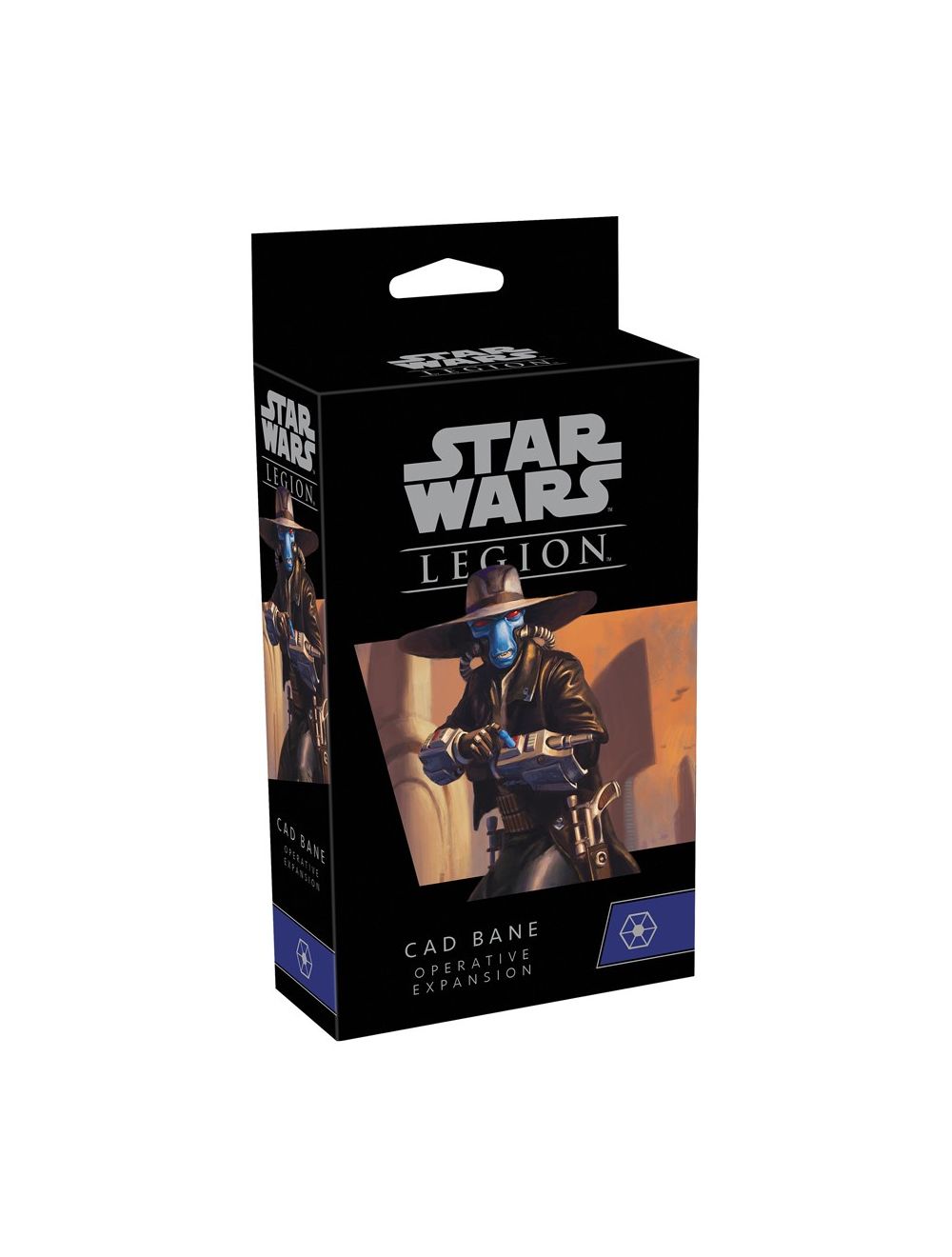 Be the first to review this product
$14.95
Availability: Out of stock
SKU
FFGSWL67
Notify me when the price drops
Notify me when this product is in stock
Add to Wish List
Details
Star Wars Legion: Cad Bane Operative Expansion
FANTASY FLIGHT GAMES
Take control of the battle and claim your bounty with the Cad Bane Operative Expansion for Star Wars: Legion! The Separatist Alliance’s first operative, Cad Bane needs no introduction as he calls upon all of his bounty hunting skills to track down targets on the battlefield. On top of his natural skills, his three signature command cards provide even more ways for him to influence the flow of battle and the six upgrade cards found in this expansion allow you to further augment his abilities with new weapons, gear, and more. When he does join your army, you have full control over how Cad Bane appears in battle. The highly detailed unpainted hard plastic Cad Bane miniature found in this expansion features a variety of customization options, inviting you to assemble it with or without his signature hat, or with different weapons. Make your own rules with the Cad Bane Operative Expansion!
More Information
Reviews
Write Your Own Review
Related Posts