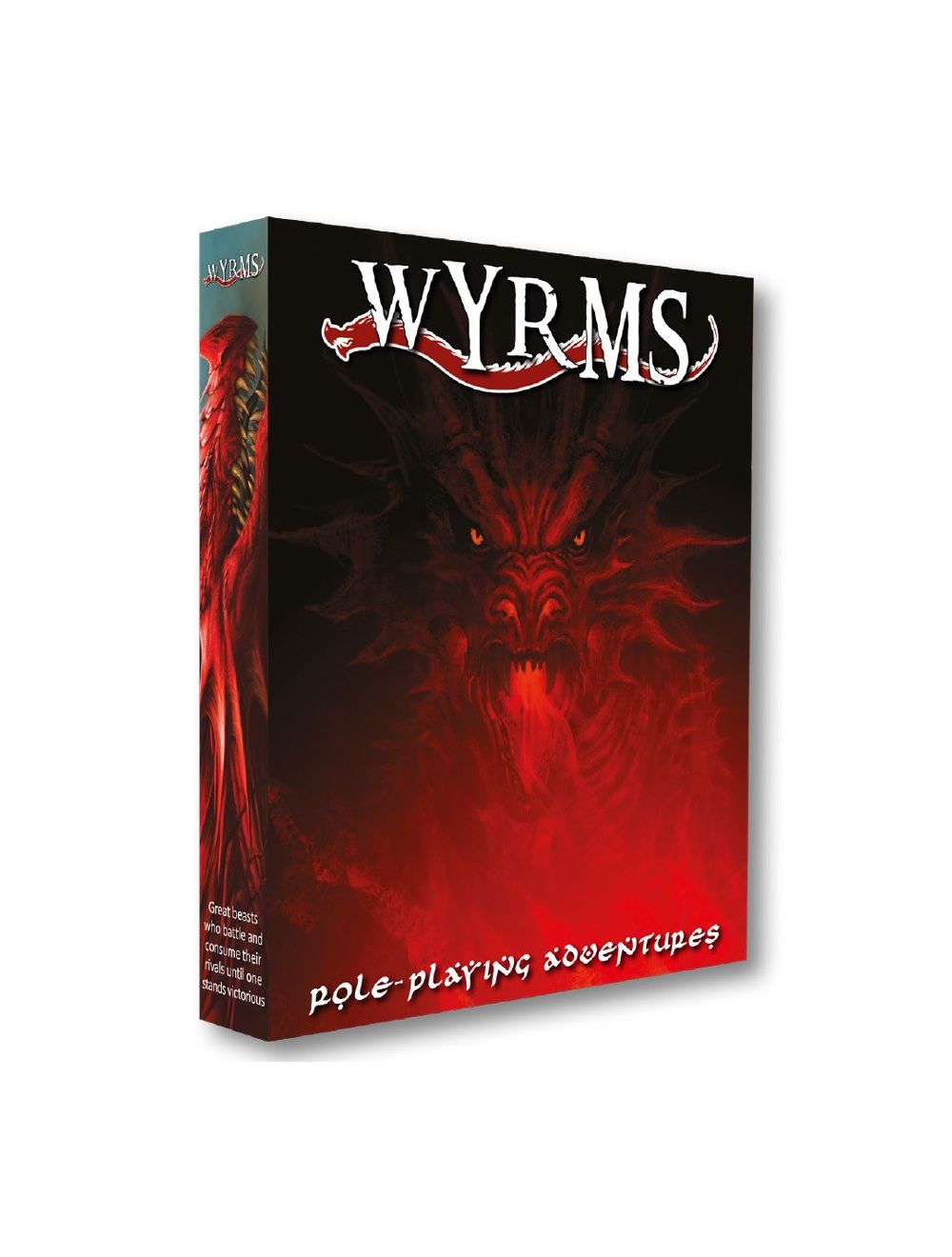 Be the first to review this product
$34.99
Availability: In stock
SKU
JPG821
Notify me when the price drops
Add to Wish List Add to Compare
Details
RPA Wyrms
JAPANIME GAMES

Since the dawn of recorded time, Wyrms have ruled the skies of Khalud. They have an unassailable instinct to seek out the few remaining others of their kind. Not to mate or join in companionship, but to defeat them in combat, consume their hearts, and gain a measure of their powers. This intense drive to singular existence is the Great Fusion.

Wyrms discovered long ago that they could best achieve their goals by performing a ritual to divide their consciousness and physicality into several smaller entities. Through a process known as Sundering, the races of Dragonkind came into being.

Wyrms: Role-Playing Adventures is a group storytelling game about the eternal battles between massive flying beasts destined to consume their rivals. This is a game of battle, heroism, adventure, romance, and imagination. Yet unlike in a traditional board game, the possibilities for exploration and action in this role-playing game are endless.

Contents:
32-page rulebook that gives your group everything you need to play
6 brief story scenarios so you can start playing adventures right away
7 Wyrms character sheet handouts
More Information
Reviews
Write Your Own Review
Related Posts