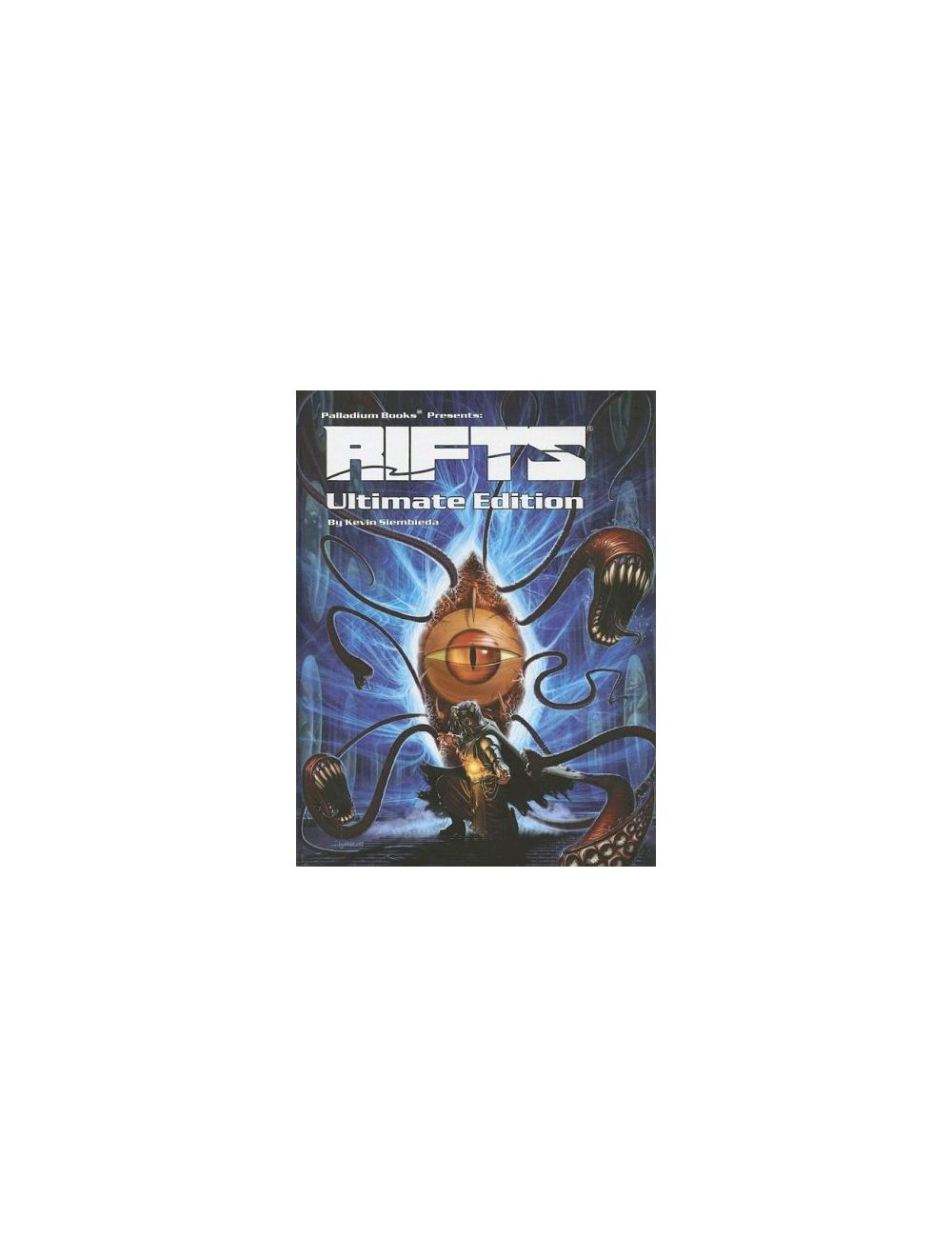 Be the first to review this product
$34.99
Availability: In stock
SKU
PAL800SE
Notify me when the price drops
Add to Wish List Add to Compare
Details
Rifts RPG Ultimate Edition - Softcover
PALLADIUM BOOKS

Rifts is a fusion of settings and characters that seamlessly merges science fiction, fantasy, horror, heroic adventure, and other genres in a thrilling, plausible setting that will set your imagination on fire. Travel the Rifts tears in space and time to any location on Earth or leap across the dimensional divide to visit alien worlds and dimensions in a matter of seconds.Explore not just exotic and mysterious locations but unique characters like Dragon Hatchlings, Cyber-Knights, Glitter Boys, Ley Line Walkers, Techno-Wizards, Crazies, and Juicers, to name but a few. Not to mention hundreds of different alien, supernatural, magical, and otherworldly beings most available as player characters.Challenge your imagination with opportunities like no other RPG. All of it set on a post-apocalypse Earth that is both familiar and as alien as a thousand different planets. Build mysterious characters, battle the forces of evil, start a campaign, and watch your characters become legends
More Information
Reviews
Write Your Own Review
Related Posts