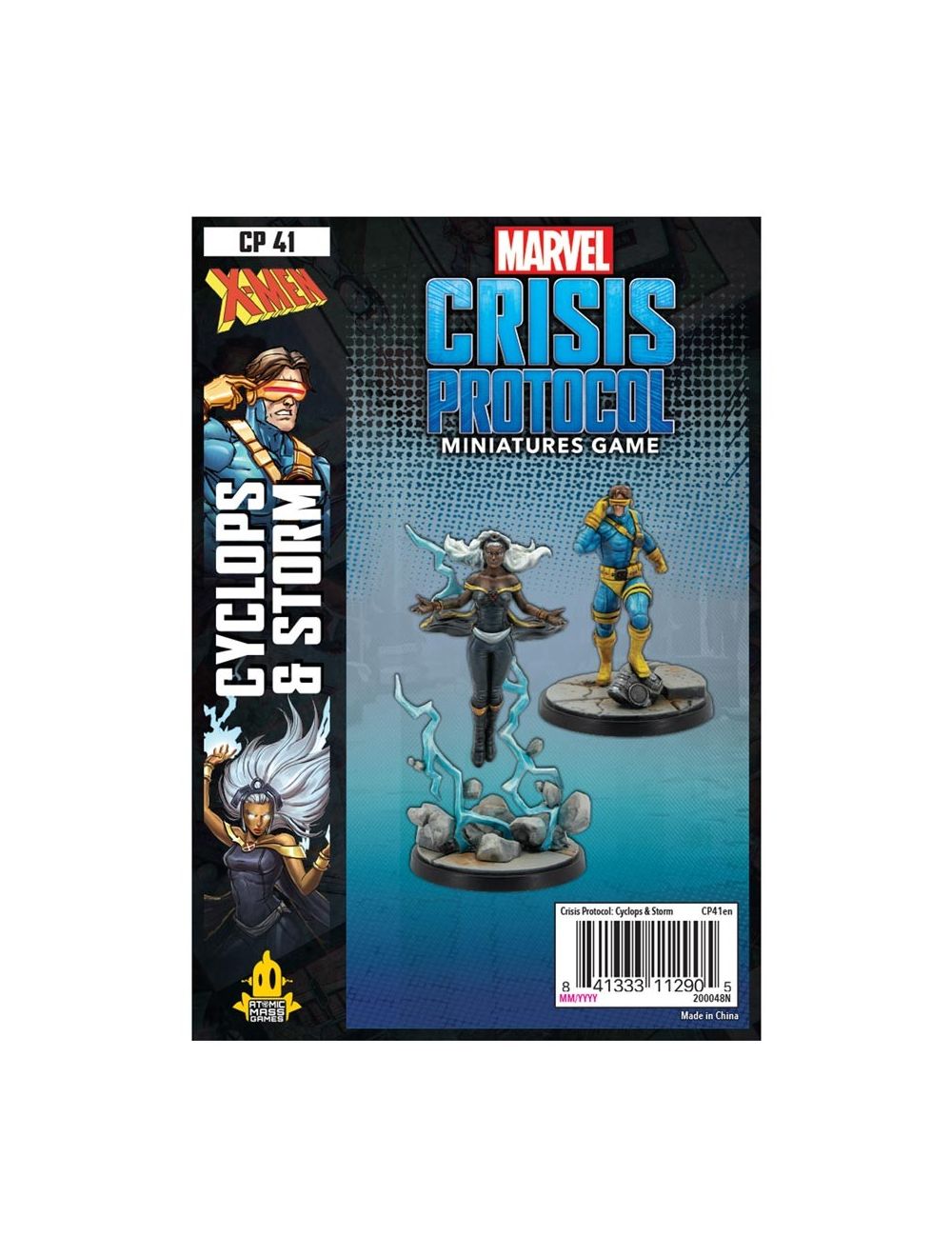 Be the first to review this product
$39.95
Availability: In stock
SKU
AMGCP41
Notify me when the price drops
Add to Wish List Add to Compare
Details
Marvel CP: Storm and Cyclops Pack
ATOMIC MASS GAMES

Scott Summers is Cyclops, the first member of the mutant team the X-Men. Summers’ mutant power causes him to produce beams of optic force from his eyes. Unable to control these beams, Cyclops must wear protective ruby lenses to shield others from his mutant ability. As the field leader of the X-Men, Cyclops is a master tactician and skilled combatant who never stops fighting for equality between mutants and humankind.

Ororo Munroe descends from a long line of witch-priestesses. Once worshiped as a goddess of the storm, she is a mutant with the ability to control the weather, able to produce hurricane winds, and summon lightning at a whim. After a chance encounter with Professor Xavier, Munroe joined his task force, the X-Men. As a member of the X-Men, she is Storm, a capable leader and one of the most powerful mutants in existence.
More Information
Reviews
Write Your Own Review
Related Posts