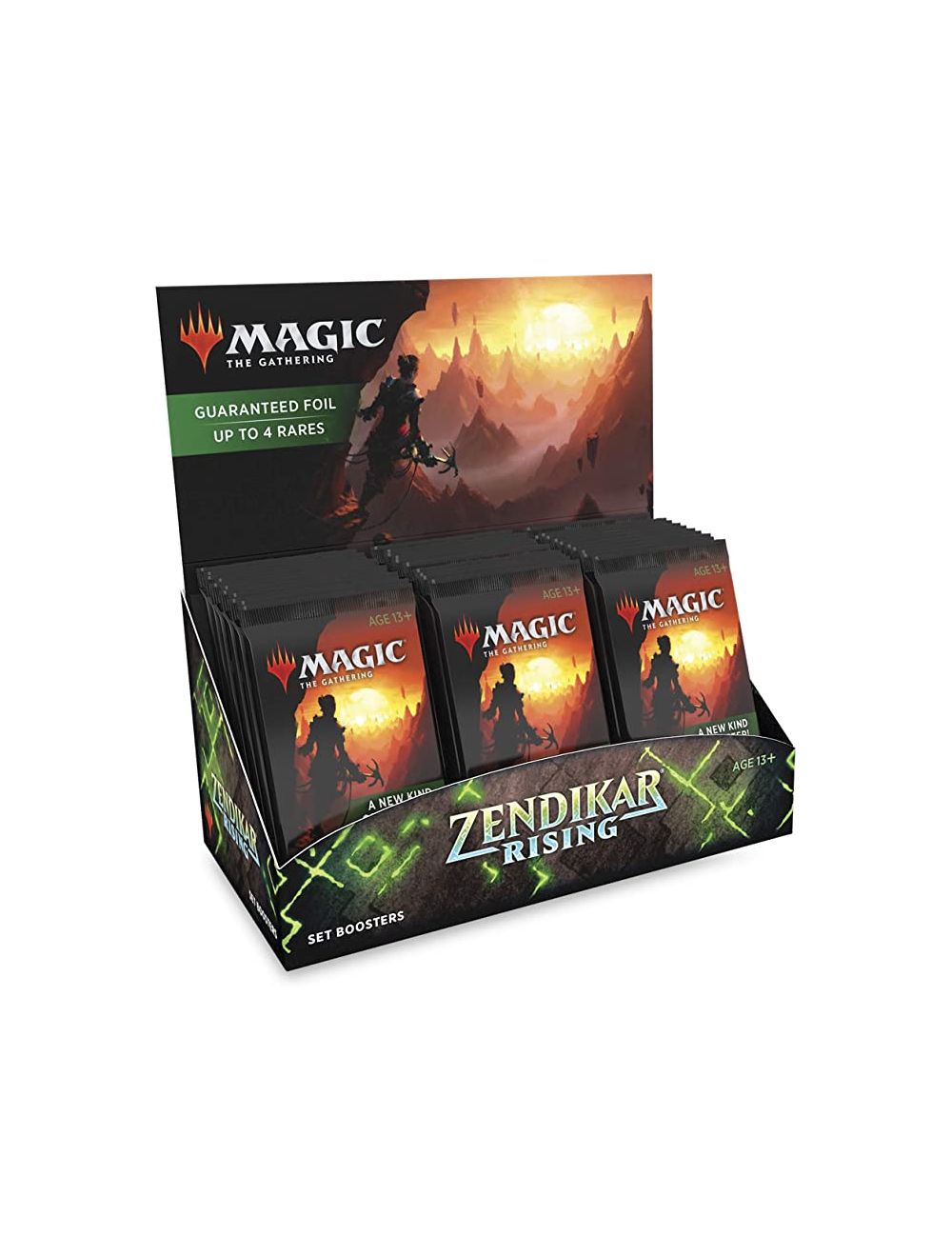 Be the first to review this product
In stock
SKU
WOCC83230000
Notify me when the price drops
Add to Wish List Add to Compare
Details
Set boosters (30 PACKS PER DISPLAY BOX) are the go-to for players who love to open boosters just for the fun of seeing what they'll get. Just like Collector Boosters are for collecting and Draft Boosters are for drafting, Set Boosters are for opening packs to see what's inside. At least one foil in every pack. These can be any rarity, so this is one of several places where players can get a rare or mythic rare in a single Set Booster. Chance of multiple rares. Between wild card slots, the rare slot, and the foil slot, there a several ways to get more than one rare in a Set Booster.
Chance at The List. 25% of the time, instead of an ad or token card, Set Boosters contain a card from The List interesting cards from anywhere in Magics history, printed as they appeared (including art, frame, and expansion symbol) plus a small Planeswalker symbol in their lower-left corner. randomization and assortment of cards NEVER guaranteed.
More Information
Reviews
Write Your Own Review
Related Posts