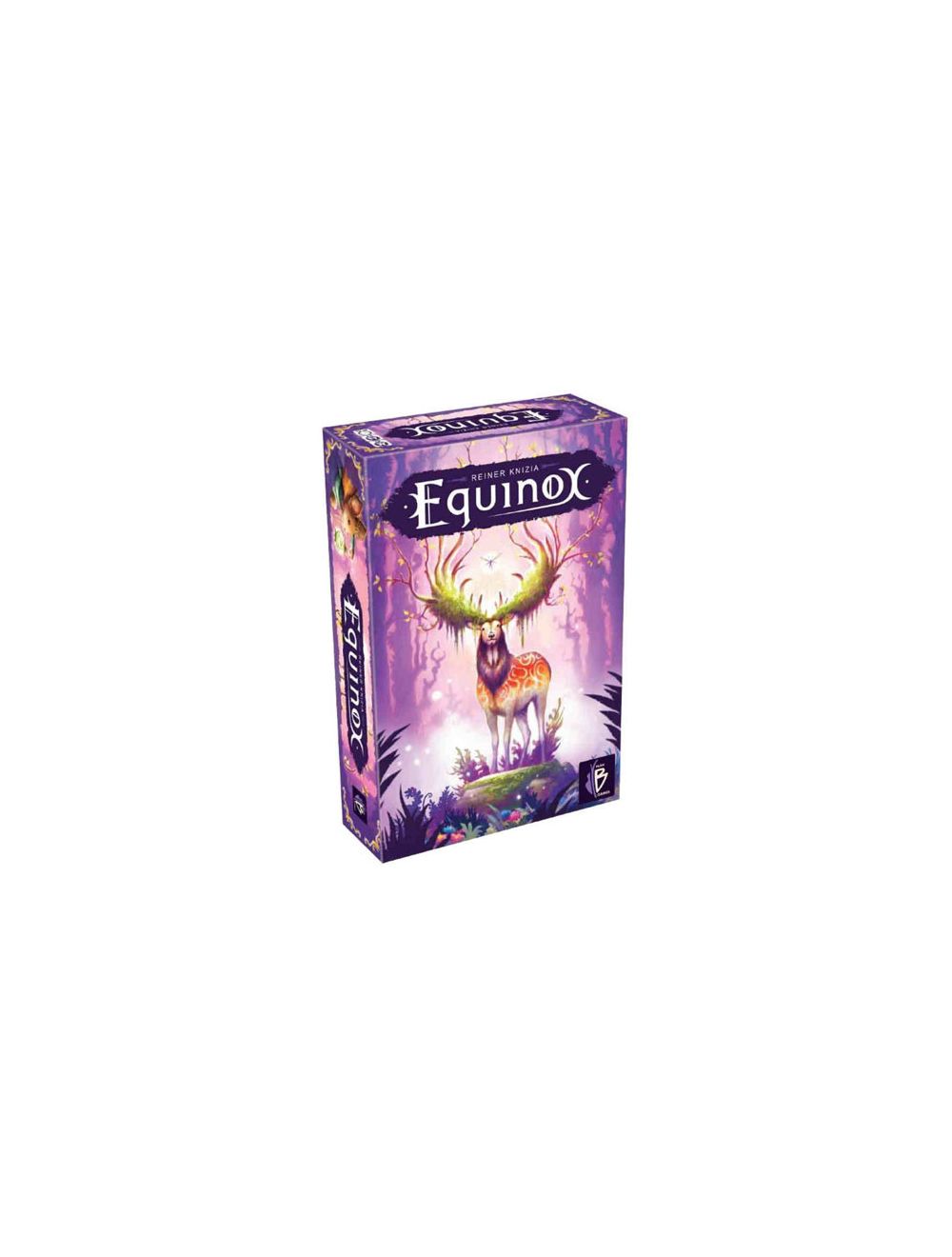 On every equinox, mythical creatures gather in the magical forest to compete to have their tales recorded into the Legendary Story Book! Over the course of several rounds, players will bid on creatures to outlast their competition. Players can influence the outcomes by playing cards for special powers! The tension rises with each round! Of the 8 creatures, only 3 will have their story put into the book! Place your bets now - you're going to have a magically good time!

Fans of Dr. Reiner Knizia might recognize Equinox as a revised edition of the previously released game Colossus Arena, but with two new creatures. Of the fourteen unique creatures, only eight are played in a game, which means more than three thousand different combinations are possible. To celebrate the equinox occurring twice a year, players can select from two distinct box covers, but note that the contents in each box are identical.
More Information
Reviews
Write Your Own Review
Related Posts