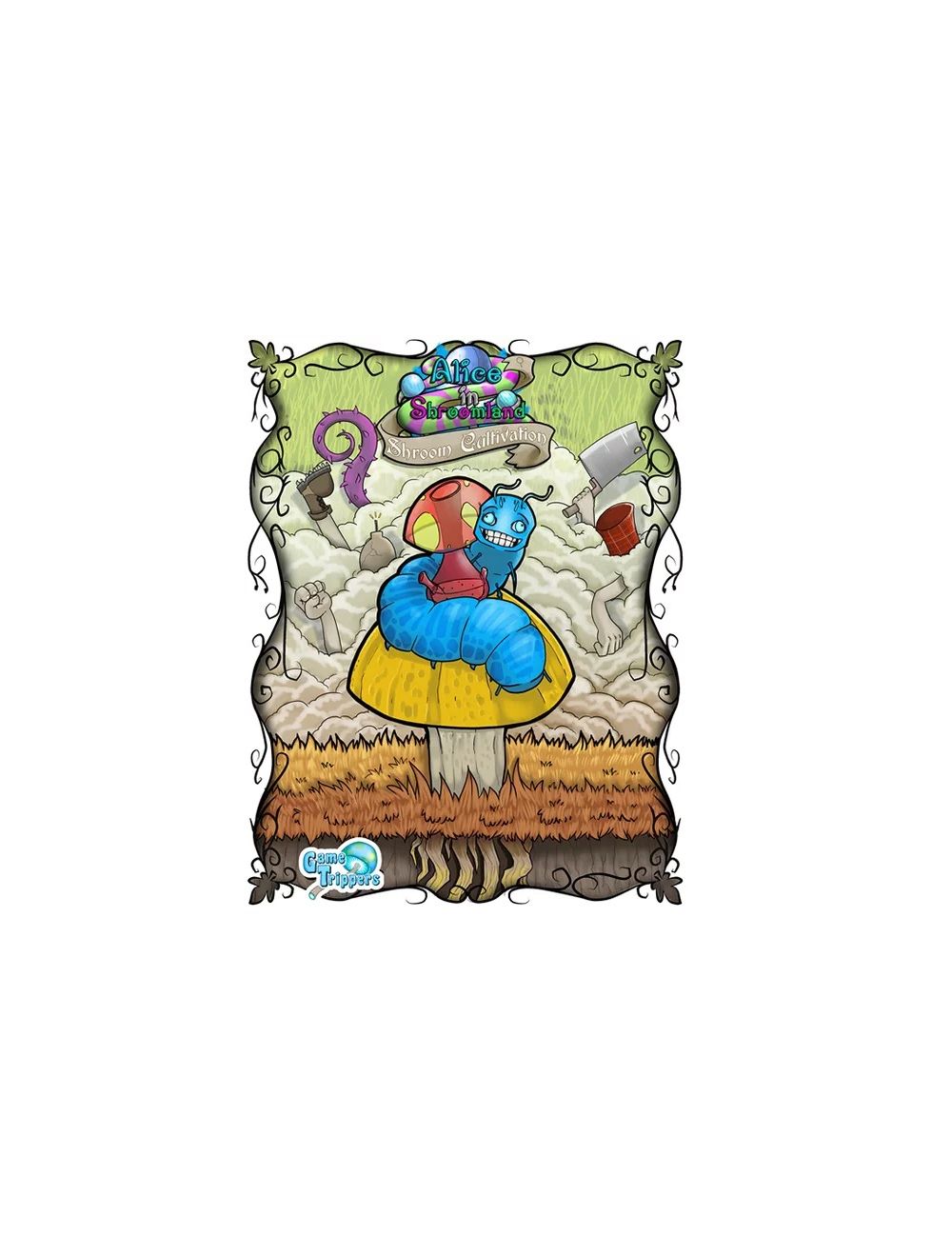 Wood or Wood Not Party Game

Be the first to review this product
$29.99
Availability: Out of stock
SKU
040232616037
Notify me when the price drops
Notify me when this product is in stock
Add to Wish List
Details
Alice in Shroomland is a 1-4 player deck-building card game, with an approximate 30 minute play time. "Spore Cultivation" is the core game of the Alice in Shroomland game series, which includes 197 playing cards, 8 meeples, and 6 jumbo card dimensions. Game expansions include, but are not limited to, Spore Fertilization (45 card expansion) and Spore Germination. Game expansions enhance game play, but are not required to play.
You'll enter a twisted and psychedelic world called Shroomland where you'll attempt to survive an onslaught of approaching enemies in an effort to either save or destroy Shroomland. When you begin the game you'll be given a set of 12 starting cards, called a "tripper's kit". You'll draw and play the top 6 cards from your Tripper's Kit each turn. These cards are used as in-game currency and are used to obtain additional cards to slowly strengthen your tripper's kit.
Encroaching enemies will traverse Shroomland and its many dimensions looking for you. Your job is to defeat these enemies before they get to your stronghold in The Ominous Dark Forest. The game is a race against the clock; enemies that fight you in the Ominous Dark Forest will add "ouch cards" to your tripper's kit, thus weakening it. You will be temporarily defeated and labeled as "unfortunately sober" when you draw and play 3 of these ouch cards in the same turn. Teammates are able to revive defeated players with a Meaning of Life Card. The game ends when all players are unfortunately sober.
Alice in Shroomland: Spore Cultivation, has 2 game modes, cooperative and competitive. For either game mode your mission is simple… destroy the enemy leader. But beware! You can also win in competitive mode by wiping out the competition and being the last player remaining; sabotage at its finest!
Players who feel like preserving peace will defend Shroomland and play as the Sativaz. Those looking to destroy Shroomland will play as the Indicaz. Playing as the Sativaz is an easier leveled game experience while playing as the Indicaz is meant for more avid gamers looking for a challenge. Take a trip on the wild side in Alice in Shroomland: Spore Cultivation!
Reviews
Write Your Own Review
Related Posts