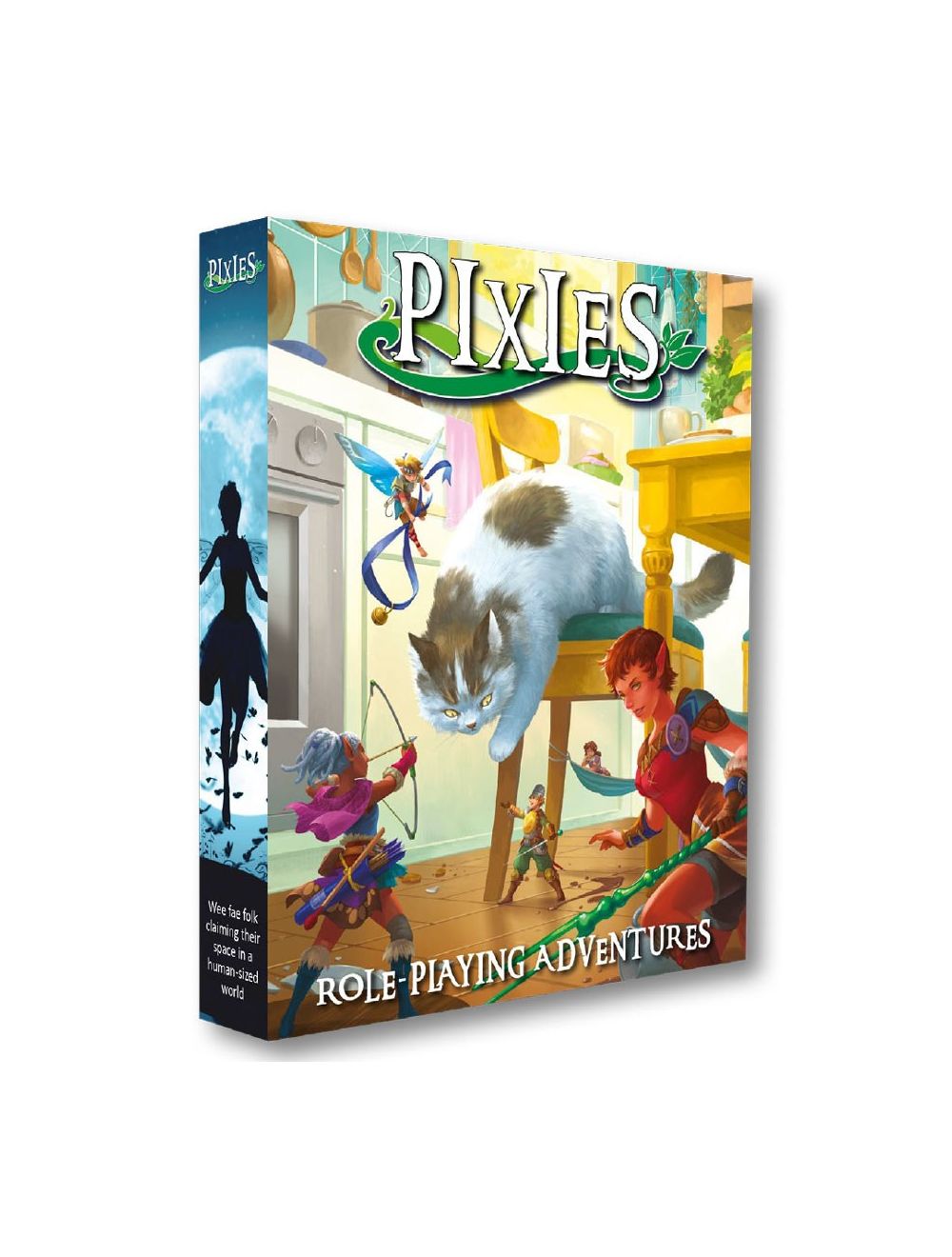 Be the first to review this product
$34.99
Availability: In stock
SKU
JPG820
Notify me when the price drops
Add to Wish List Add to Compare
Details
RPA: Pixies


Humans will know them by many names: Pixies, Brownies, Sprites, Fairies, Elves, Imps, Gremlins, Borrowers, and more. Pixies (as they call themselves) are tiny magical beings of fae origin who typically stand about as tall as an apple. They have survived and thrived across the Earth for countless millennia. Recently, though, their communities have been scattered and forced into the shadows during this modern world of technology, secularism, and globalization. Individual Pixies can endure for hundreds of years, but they prefer to live in the now and relish every possible moment and sensation.

Pixies: Role-Playing Adventures is a group storytelling game about wee fae folk claiming their space in a human-sized world. This is a game of pranks, heroism, adventure, romance, and imagination. Yet unlike in a traditional board game, the possibilities for exploration and action in this role-playing game are endless.

Contents:
32-page rulebook that gives your group everything you need to play
6 brief story scenarios so you can start playing adventures right away
6 Pixie character sheet handouts
More Information
Reviews
Write Your Own Review
Related Posts